What the new Prime Minister might mean for local government

I have been working in or for local government for approaching thirty years and cannot recall such an uncertain time. During recent presentations I have asked those working in the sector if they think we are living in a ‘volatile, uncertain, complex and ambiguous (VUCA) world’, and it is clear that many believe we are.

A new Prime Minister typically brings change and a sense of some uncertainty, and for others, opportunity, and when this follows a general election, there is a party manifesto available to help predict policy changes. When Boris Johnson became the new Prime Minister on 24 July, there was no such manifesto. During his campaign to become the new Leader of the Conservative Party, Johnson announced many policy changes he would implement should he be successful. These were high level, some of which have been restated in the few days since he became PM.

But given the challenges around Brexit faced by his predecessor remain, how realistic is it to expect real progress on domestic policies? During Theresa May’s three years in office, the domestic policy agenda was almost completely crowded out by the all-consuming management of Brexit by the Government, Whitehall, and Parliament. Housing, social care, and English devolution are just three areas to have been significantly impacted by policy stasis.

The change in PM has raised questions for some commentators on the likelihood of a Spending Review this Autumn, as originally announced by Philip Hammond when he was Chancellor. Most also now accept that the Fair Funding Review and Business Rates Retention will be deferred. At present, when financial planning is ratcheting up for councils, they still have no certainty on their funding beyond March 2020 – a truly remarkable scenario – leaving councils to plan on the basis of a one-year roll forward of funding levels. James Jamieson, the new LGA Chairman, has written to the Prime Minister asking for local government funding to become a domestic priority, and for the introduction of a new Local Government Finance Act, but it is too early to say whether this will become a reality.

So, what might the new Prime Minister mean for local government? His policy announcements since becoming PM have so far remained high level. These include announcements on devolution, infrastructure investment, and regional growth:

These all seem to indicate a recognition of the key role local government will have to play. Local authorities will be assessing the opportunities these policies may bring, and how they can support local growth strategies.

Johnson has indicated that funding, for these and other recent announcements, will be met by the fiscal headroom announced by former Chancellor Philip Hammond – although Hammond indicated that this would be used to manage the consequence of leaving the EU, and a smooth Brexit, so how Johnson’s policy pledges will be funded remains open to question.

A budget from new Chancellor Sajid Javid is predicted for the Autumn. His Conservative Party leadership bid indicated that he may have his own fiscal priorities, such as cuts to corporation tax, alongside reductions to income tax thresholds and incentives for R&D capital investment (both also favoured by Johnson).

Ministerial changes following last week’s reshuffle have seen James Brokenshire leave the Cabinet. He was someone with a genuine understanding of local government and who many in the sector felt tried to actively engage with councils’ challenges, although his time in office was stymied by Brexit’s impact on progressing domestic policy. He has been replaced as Secretary of State for MHCLG by Robert Jenrick, the first millennial to be a member of any Cabinet and a relatively unknown individual to local government. His CV includes being exchequer secretary to the Treasury, where he had responsibility for devolution deals, industrial strategy, and infrastructure, which indicates at least some understanding of the issues impacting on local government. He signaled his intent to engage actively with sector by making his first meeting post appointment with the LGA leadership.

Rishi Sunak, previously Minister for Local Government, has been moved to Chief Secretary of the Treasury. Like Brokenshire, many in the sector felt he genuinely tried to progress local government priorities, particularly in relation to its future funding. This might signal that, when the Spending Review does materialise, the sector has an ally in HMT. Jake Berry continues as the minister of state for the Northern Powerhouse at the Cabinet Office, but will now be attending Cabinet, and will have a joint role at MHCLG suggesting a renewed focus on devolution.

Brexit remains the central priority for the new PM and, however they voted in the 2016 referendum, every new Minister has now pledged to exit the EU by 31 October – even with no deal. It is difficult to judge the extent to which this no-deal rhetoric and planning is negotiating brinkmanship, but it is clear that the chances of leaving the EU with no deal have significantly increased under Johnson’s premiership.

Some councils have already undertaken significant Brexit planning and those that haven’t should start to plan for all eventualities, particularly no deal. For example:

If you have a port or airport in your locality, what needs to be undertaken to prepare for a no-deal exit?

A key opportunity identified through our Brexit advisory work with councils has been for the place-based narrative to be shaped by a post-Brexit world, and a chance to promote the locality as a place to live, work and visit. Partnership working has been found to be particularly important and sharing Brexit plans and related data a key step to understanding where good practice already exists in a place, and to help identify any no-deal planning gaps.

The Brexit deadline is focused simply on our withdrawal from the EU, the many years that follow will then be spent negotiating the UK’s future relationship with the EU, negotiating trade deals with the EU and other nations, and agreeing replacement policies on everything from agriculture to procurement. Councils need to plan for short term disruption of no-deal, medium-term adjustment, and longer-term reforms.

Brexit is expected by many to lead to a shock to the UK economy, with its magnitude and length only becoming clear over time. But there is a very real risk that it could impact the revenues available to the Exchequer, on Whitehall and Government time in progressing the domestic policy agenda, and on local government’s role in a post-Brexit world, including its financial sustainability.

Returning to VUCA. This was a term coined by the US military to describe the move from the period of the Cold War to asymmetrical warfare. It then entered the lexicon of North American business and eventually crossed the Atlantic to the UK. The framework associated with VUCA resonated strongly with business, and I believe should also resonate with local government:

In strategic planning terms, given the significant level of uncertainty facing local government, it is more critical than ever to consider the different scenarios and interdependencies that may impact a council, its communities and local businesses. Councils, facing unprecedented resource constraints, and having been hollowed out by approaching ten years of austerity, need to make this a priority for their financial planning, and risk and opportunity management. Having long term financial forecasts, underpinned by various scenarios and sensitivity analysis based on continued horizon scanning, will become ever more important. 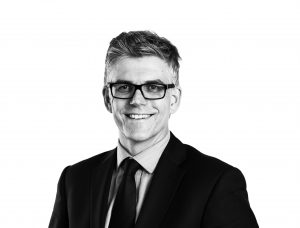